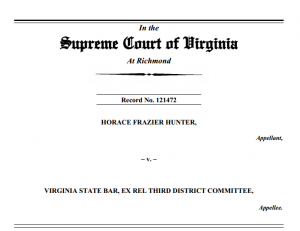 Ben graciously linked the briefs of the parties and the amicus briefs, so you can find them all in one location.  Essentially, the Virginia State Bar is claiming that lawyers are not allowed to reveal information about their clients’ cases without client permission–not even non-confidential information is publicly available.  Further, any discussion of a lawyer’s cases must be accompanied by a disclaimer (you know the one–these results may not be typical, every case has its own unique facts, etc., etc.).

One Hunter’s arguments, which I don’t entirely buy for the majority of attorneys, is that this is all First Amendment stuff and meant to only be informative.  Truth be told, I think most of us agree that it is advertising. Sure, we place out in the hopes of helping other lawyers, and people with legal problems.  But if some of those people find their way to our doorstep and we get a new case out of it, that’s just great, too.  Not that there’s anything wrong with that.

Take a peek at the briefs.  Want to know what to do in the meantime?  Well, it depends on your state.  Perhaps the safest course is to apply disclaimers and speak only in the most generic terms about cases you are handling (or, get client consent).  Each state will have to start identifying and addressing these problems.  Each lawyer will have to do what makes them comfortable. 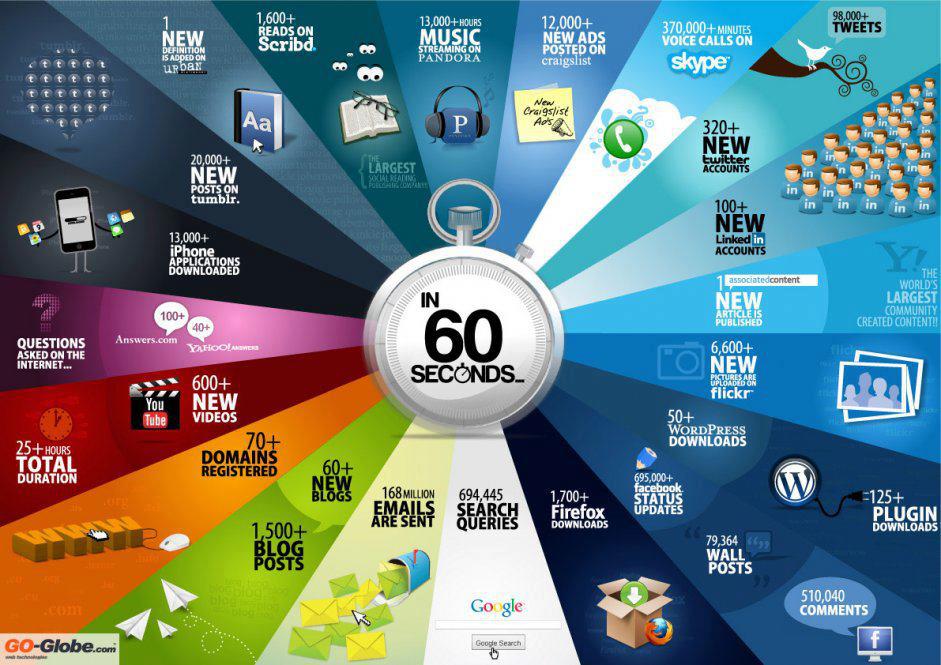 I’m a sucker for the infographic.  Clearly, there is a lot of ground for lawyers and business owners to cover.  Of course, you can’t do everything.  Pick a few, and do them well.  The focus for any law firm should be the website and the blog.  From these, links can be made to social media (Twitter, Facebook, Google+), and the sphere of influence will increase, bit by bit.

A nice job by Mashable, 12 Essential Social Media Cheat Sheets  showcasing various keyboard shortcuts, explanatory infographics, and even Twitter-etiquette.  Think of it as “social media 101.”  Click the link for all of them, or see below for one example.

The opinion examined what other states do, noting that in some states judges are prohibited from friending lawyers who do or might appear before them in court.

Realistically, the important concern for a judge is whether the existence of an online friendship could create the appearance of impropriety.  Ordinarily, that would be a simple matter.  However, Maryland judges have one special circumstance that should be considered:  judicial elections.

Judges are initially appointed by the governor to fulfill vacancies.  After that appointment, though, judges in Maryland are forced to run for office—that is, they must be re-elected to the position.  I think most lawyers in Maryland think this is a terrible idea.  Here’s why:

The reality is that Facebook, Twitter and other forms of electronic social media are important political tools.  We witnessed that with Obama’s election.  Several legislators in Maryland use the tool to connect with their supporters and potential supporters.  Judges, who are forced to occasionally play politics, should be allowed to friend just about everyone in the Twitterverse in order to raise money and stay in the game.  But, that doesn’t exactly smack of impropriety.  Perhaps one way around this is to use a separate Facebook page/Twitter handle for the judge’s election committee, but that’s really just a shell game.

Applying the new opinion to prospective judicial conduct, I think the real analysis is going to be what judges are doing with social networking, and the relationship of that online presence to the courtroom.  Judges should pay particular attention to their friend lists—if one of those friends is a lawyer or party or witness before the judge, he or she needs to decide whether recusal is necessary and, if not, the issue should be at least raised to the lawyers who can then decide whether a motion for recusal is appropriate.  Just like law firms need to perform conflicts checks, the judges should have a way to cross-reference their friends with the people walking into their courtrooms.

It’s likely that most judges will refrain from any social media comments about pending cases.  Even though some comments are likely to be insignificant, the risk of exposing too much or revealing any biases is simply too great.  But you can expect that some judges will cross the line the further we proceed into this brave new world.